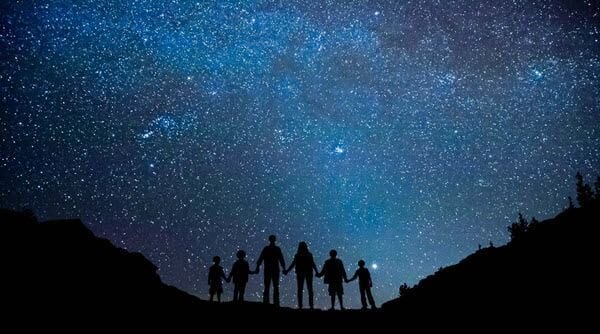 Someone asked recently: “Why do you have so many nodes? Isn’t it hard to manage such a complex system? What is your aim figure to make nodes at the end of the year? 50k, 100k?”

And an even deeper question looms large: “why billions of nodes matter?”

As we look back at the inception of the NKN project, we were hugely influenced by an article aptly titled “Why Decentralization Matters” from Chris Dixon of Andreesen Horowitz. Centralized platforms follow a predictable S-curve pattern shown in the attached diagram:

In contrast, decentralized web 3.0 platforms like filecoin and NKN will always grow with the developers, creators, partners and users because they are all owners of the platform. The NKN project team does play an important role, however we are just one of the stakeholders in the entire NKN ecosystem and can avoid the S-curve in today’s Internet giants.

NKN is fundamentally a data communication network. So the more nodes, the higher the network capacity. Imagine it is Vodafone in Europe, AT&T in the US, or China Mobile in China, the more cell towers they have, the better the user experience on their smartphones. It applies to NKN as well, since each node is doing the data relay and bandwidth sharing.

Today, many of NKN’s 40,000 nodes have about 100Mbps up to 1Gbps Internet connections, and each can serve from hundreds to thousands of concurrent NKN clients. When aggregated, it amounts to almost 40 million concurrent clients and 40 terabit per second. To make it more visual, 40 Tbps can serve 1.6 million concurrent 4K ultra high definition video streaming (at 25Mps each). That is a staggeringly fat data pipe. Once the number of nodes further increase by 10x to 100x, we can truly serve the entire planet.

Geographical diversity is another unique strength of NKN’s decentralized network compared to today’s Internet giants who rely on small amount of jumbo data centers. NKN nodes are running in more than 45 countries and regions around the world, so there are always several edge servers that are close to the users. The improvement in latency can be 2-5 folds, and can make a difference between happy gaming and stuttering frustration.

Lastly, NKN nodes are typically running 24×7 and provide good availability compared to traditional p2p networks like BitTorrent. This results in a much more reliable network and predictable performance for users.

Every little node is equal

When you have a 40,000 node network, it is not surprising that someone will ask the question “Is the NKN system very complex and difficult to manage?”. But the answer is also surprisingly simple: “no, the NKN network is very simple and not complex at all”! How can that be?

Every NKN node is fully independent and equal, and runs the exact same software. So there is no centralized entity “managing” it. It is the magic of NKN software and code that enables such a large number of nodes to work both independently and collaboratively at the same time. And the resulting system is coherent and cohesive.

NKN network is designed to scale up to any number of nodes thanks to our MOCA (Majority vOte Cellular Automata) consensus algorithm. We are over 40,000 today, but millions or even billions will be joined in the coming future, and our code is ready for that.

In addition, there are billions of humans and potentially trillions of smart devices out in the world. And we look forward to the day every human and smart device will be a NKN node or client.

Owned by community, powered by tokenomics

NKN is a network truly owned by its community and live on its own. Currently, NKN project team is only running less than 0.1% of our total nodes while the community runs more than 99.9% of all nodes. And we run those few nodes mainly for testing purposes, and our node has no special power or privileges. You can always visit https://nscan.io/ for our real time node map, or use our open source crawler to get a list of nodes in the network.

In a traditional communication network, carriers like AT&T need to spend billions of dollars and years of building out the 5G network before they see a single cent of revenue. This is both a huge financial burden as well as risk, which often impede the adoption of newer technologies.

On the other hand, NKN network was crowd sourced and built by the community from the very beginning. Miners spend as little as a few dollars per month to run a NKN node, with little or no technical skills required. Both the financial risk and costs are spread across the entire community, and can earn tokens which have value even in the very early stages.

The tokenomics is indeed powering the growth of the NKN network. We saw an almost direct correlation between NKN token price and number of nodes, since miners are profit driven and they only run nodes if there is profit. At current price, we are around 40,000 nodes. So both theoretically and historically: if NKN price increases, the node number will increase accordingly.

Now let’s pause for a moment and ponder: what if Elon Musk’s SpaceX Starlink satellites can be deployed with NKN type of tokenonomics, wouldn’t that be even more revolutionary than what it is already? (some Easter eggs in my essay “SpaceX Starlink Master Plan”)

At the end of the day, a billion node network will only make sense when there is a rich flora of applications and an abundance of happy users on it. Winning the heart and soul of developers and users will be the deciding factor of a lasting blockchain network like NKN.

One one hand, users should not be able to tell if their daily application is running on top of a blockchain network. They can enjoy their everyday activities just like today, be it personal communication, social networking, entertainment, or smart home monitoring, without needing to understand wallet or blockchain. Our chat app nMobile, for example, works just like Signal app. Our secure remote access app nConnect, is used by Synology, Asus, and QNAP and performs better than their original solutions using centralized platforms.

On the other hand, users, developers, and partners will be the co-owners of the blockchain network. We have seen some early adoption of community developers like rule110, who built a 100% private file sharing application called surge as well as a suite of applications for miners such as https://nknx.org . With the right incentives and proper support, we foresee more adoption as the NKN network grows. And we are using New Kind of Proposal for the governance of the NKN ecosystem, where every stakeholder has a say in the future directions of the NKN.

And we look forward to the day a billion NKN nodes light up the future Internet that is fast, fair and fantastic!