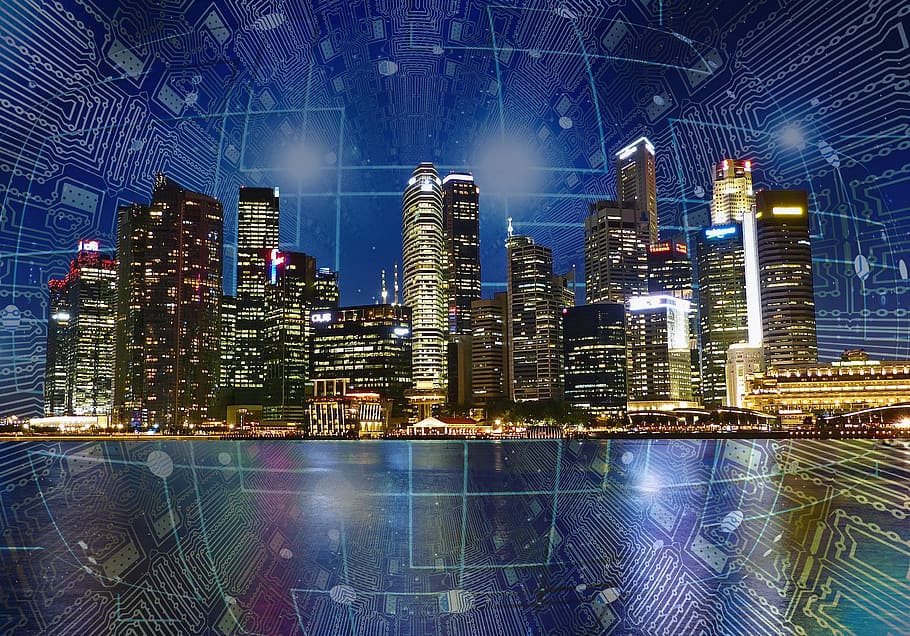 The world is set to make an unprecedented change. Perhaps the start of the fourth industrial revolution will be 5G internet. This is the next evolutionary stage in internet speed, latency, and reliability. It will change the way we do business, the way we use social media, and even  the way we game.

Already, proponents predict we will be able to download whole movies and Netflix series in a matter of seconds. We’ll be able to upload photos from our smartphones in milliseconds. 5G will also change the way technology works, chief among them all-electric cars. But how will it change the world?

What exactly is 5G?

5G will be a higher frequency but short-range cellular internet. This means that although you will have a smaller radius from cellphone towers before you start slowing down, it will give you super-fast speeds. The solution is to erect more towers. So when you are almost out of the range of one tower, another tower will automatically pick you up. The plan is to make sure you never feel a difference. The speeds will be up to 2-3 times quicker than the current 4G network. It’s also touted that 5G uses less power per bit, which is better for businesses who have an internet of things network.

Related: 5G and the New Kind of Network

How Does 5G work?

From the central server, the 5G macro towers will connect with all the devices that hook up to it. This can be, cars, smartphones, computer systems in buildings, and the family household. Operating at a higher frequency allows for more data to be sent, quicker than 4G.

The downside is, as aforementioned, that the 5G masts have a shorter range. Much like radar, low-frequency waves travel much further. 5G networks use the new high frequency mmWave or millimeter-wave. Because of this, the serving coverage is shorter for each 5G base station and operators will need to increase the number of base stations to cover the same distance in order to avoid drops in internet coverage.

Looking for assistance with network sharing? NKN are experts and they can help!

Who provides 5G? How do millimeter waves interact with technology? What is the difference between 5G and previous networks?

Contrary to popular belief, there isn’t a wave of 5G providers just over the horizon. Any significant change in technology is always going to be incredibly expensive. The most significant players with skin in the game are Vodafone, Qualcomm, Samsung, ZTE, Nokia, Huawei, Cisco Systems, and others. The challenge is, creating a high-frequency millimeter-wave at an affordable price. This new wave interacts with technology by demanding a higher refresh rate for the data to be continuously updated and received. It will also have a higher capacity so more users can connect to the same macro tower. The main differences between 5G and 4G are a lot more speed, multi-task capability, and beamforming, which will isolate waves and send them more directly to those connected. In other words, fewer cut-outs.

1G (Analog Cellular such as NMT) started in the 70s and was implemented in the early 80s. It had a bandwidth of 30KHz and a data speed of just 2 kbps. It was mostly used for voice communication, and only for a few that could afford it. Do you still remember those bulky brick-like Motorola cell phones with stick-out antennas that assistants carry for their boss? But that paved the way for more generations of wireless communication.

In 1980 2G (Digital Cellular such as GSM and CDMA) came online and lasted until 1999. For the first time, it enables mass-market adoption of mobile communication because it offered much smaller and affordable phones and subscriptions. 2G is still voice-centric, since It didn’t have much to offer in the way of online content. It had a maximum bandwidth of 64kpbs. One of the few services, short message service (SMS) or text message, became the accidental mass market success that has lasted until today.

3G was released in 1990 but lasted until very recently. It improved the quality of voice calls, while significantly increasing data speed. This enabled full web access (instead of limited mobile abridged version in 2G) and started the true wireless Internet. Building upon the global standards, it enabled affordable wireless communication to everyone from Scandinavian to Sub-Saharan Africa.

4G was the Jack of all trades, with LTE leading the technological revolution. It had a frequency of up to 8Ghz and a bandwidth of anywhere between 2,000mbps to 1Gbps. The main contribution of 4G over 3G was substantial speed and latency improvements for mobile Internet. During the reign of 4G, which is still dominant today, mobile Internet traffic and commerce revenue are starting to eclipse that of fixed Internet.

What 5G wants to do is simply blow them all out of the water. Rather than an incremental improvement, it’s going for capabilities 2 to 3 times more than 4G. At a frequency of 30Ghz and 1Gbps or higher in bandwidth, 5G aims to enable a new breed of mobile applications from consumer use (Augmented Reality / Virtual Reality, 4K/8K video streaming, autonomous cars) to industrial (Internet of Things, Machine to Machine communication, and high speed robotics).

If you are looking for a publish and subscribe service? If so NKN offers nPubSub which can meet your needs!

How will 5G change the modern world?

Currently, 5G connecting technologies are being offered in the latest mobile phones. The Samsung S20 is a prime example.  While the current reported bandwidth are ranging from 1 to 3GBps and 5G towers are only just being erected, it’s hard to tell if they are working at optimum settings and whether or not the technology in smartphones can fully harness the potential.

The data-centric future of 5G looks set to be taking full advantage of the cloud. With so much data moving through the servers and firewalls, it’s going to be tricky to keep data protected from cybercriminals. According to NKN Official Blog, there will also be a lot of slicing and sharing between networks. Companies will need to share masts and or figure out a way to profit from sharing users.

There are some health concerns about 5G, regarding the frequency some of the 5G systems operate in (millimeter wave), and the densification of 5G small cells. So far there is no conclusive research results that 5G will impact health more or less than existing cellular systems like 3G and 4G. For more information, here are some balanced articles:

“5G Is Coming: How Worried Should We Be about the Health Risks?” by Scientific American, September 2019

Where is 5G currently available?

Some nations are moving ahead with 5G quicker than others. Currently, there are trials of 5G networks in America, namely 31 cities such as San Diego, New York City, and Los Angeles. In the UK, Vodafone is expanding its implementation in London, Cardiff, and Manchester. China is thrusting it’s 5G network in Beijing and the neighboring cities.

5G networks are set to change the world. Still, it’s not a case of technology, more so the cost of infrastructure and security, that is slowing its implementation.

Our world is more connected than ever, even when pandemics are separating us physically. 5G is not a panacea, but it will make our connection faster and more secure. We look forward to more innovations around 5G that can increase industrial productivity and improve human life.