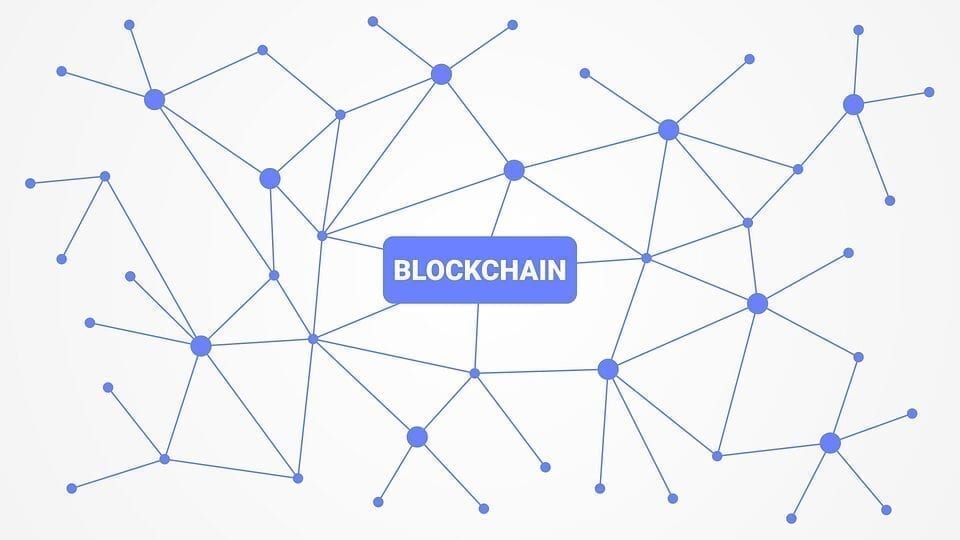 The World Economic Forum has reported that by 2025, 10% of the world’s gross domestic product will be based on blockchain technology.

● Presently, blockchain applications are transforming the economies of the world in finance and business

● Blockchain is also making great strides in cybersecurity and the Internet of Things (IoT) technology.

● Although blockchain is poised to revolutionize every nook and cranny of our human endeavor, few people are familiar with its applications.

This article brings you the key facts on what you need to know about blockchain applications and how it is impacting numerous industries, government, and core business sectors.

How Does Blockchain Work?

When this proof is unanimously verified, the block is queued and added to the blockchain transactions.

Blockchain in the financial and business industry

In finance and business, blockchain technology is also making a significant impact. The strict computerized verification of transactions helps to reduce fraud incidents such as double spending and spams.

So, what’s wrong with the financial industry right now?

Blockchain technology eliminates human error and slow, insecure fund transfers. The advantages of speed, security, and simplicity of transactions are linked to blockchain applications and networks such as NKN – which is currently focused on building the world’s largest blockchain network.

In 2017, a survey conducted by the IBM Institute for Business Value found that 15% of global banks are looking forward to leveraging blockchain technology to revamp their commercial ventures. Three years later (2020), the figure increased to 65%.

Industry luminaries believe that blockchain applications will facilitate faster and secure domestic/international payments. The use of distributed ledgers will further bring down the transaction costs by immense proportions.

With the emergence of blockchain-enabled peer-to-peer payment systems, decentralized finance will also benefit greatly from blockchain applications. DeFi is quickly gaining momentum as one of the active financial sectors that can only get better with blockchain. After all, the Ethereum blockchain has improved the programmability of financial instruments, interoperability, and data immutability.

The insurance industry is also feeling the impact of blockchain on its operations, known for its clear-cut security advantages. Blockchain is drawing the attention of insurance companies as they weigh up their potential benefits.

So far, insurers are convinced that blockchain can impact the insurance value chain, enhance data security, and improve customer satisfaction.

Distributed ledger technology is also poised to lay its healing hands-on wealth management. Thanks to the blockchain effect, wealth management teams can drastically cut down their transaction processing times. Client onboarding processes will be expedited and cost lowered.

When supply chains grow extensively, blockchain may find its way to improve efficiency. This will be made possible given that blockchain can help to de-tangle data circulating through the ecosystem.

Additionally, procurement processes will be made better since managers will have a complete view of purchases and supplies. Traceability will also be enhanced.

In the near future, auditors may adopt blockchain technology to their advantage. Key auditing processes such as recordkeeping and financial reporting, stand to witness major transformations by the advent of blockchain.

In some publications, it has been predicted that blockchain can eliminate the manual editing tasks of auditors. If every transaction is captured on a public digital ledger, quite literally, there may be nothing left for auditors to audit.

How can other industries benefit from blockchain technology?

It will be a dream come true for patients to access their health information from different hospitals, thanks to blockchain technology. Genetic experts may be able to crack some vital genetic codes if they are resourced with blockchain technology. Cancer research specialists are also very keen on the introduction of blockchain tech in their arena. This technology would facilitate more efficient management and application of research and treatment data.

There is also the benefit of speed and scalability. Medical centers regularly deal with huge piles of data. However, accessing that data can be challenging. But with blockchain technology, data can be fetched much faster.

Though some governments are trying to restrict cryptocurrencies, blockchain technology will also benefit them. When it comes to transparency and accountability, there is almost no trust between governments and their citizens. For example, just 18% of US citizens trust their government.

Blockchain can potentially build more substantial levels of trust between top government agencies and citizens. But just how will this happen? Thankfully, this technology allows independent verifications of documents; therefore, blockchain can bridge the trust gap between governments and the masses.

The real estate market may also see the adoption of distributed ledger technology in the coming years. Traditionally, real estate documents are dispersed among several parties involved in the business. This leads to a wastage of time when the parties are sharing information.

With blockchain, all real estate data can be stored in a distributed public ledger for easy access of documents to all parties. Smart contracts can be signed faster; the chain of intermediaries will be reduced. Transaction processing times will be expedited.

In 2019, up to 20% of the Internet of Things deployments had some form of integration with blockchain technology. This means that going forward. Blockchain will influence how IoT devices communicate with each other online.

For applications that require transactions, smart contracts may support some specific IoT processes. Here, blockchain will come in to increase efficiency and decrease costs. Some experts are confident that blockchain can help to overcome the challenges confronting IoT systems, by removing barriers to respect to peer-to-peer verifications.

This means that the existent problems of scalability, timestamping, privacy, and reliability will all be solved by blockchain applications on networks such as those being built by NKN.

Examples of blockchain use in other industries

Records managers responsible for birth registrations, wedding, and death certificates may also explore blockchain technology to improve their recordkeeping processes. In order to keep abreast of fast-growing blockchain innovations, recordkeepers have no option but to study what it means for their profession.

The first good signs are that blockchain will make recorded data immutable and secure. There is no way to forge documents. On the other hand, sensitive information cannot be erased once it’s verified on the blockchain. Unfortunately, this is where privacy will hang in the balance.

Identity management and verification will undoubtedly get better with the incorporation of blockchain technology. Currently, identity management is not without glitches. Because people share their ID cards with agencies, identity theft prevails. Breach Level Index has estimated that over 4 million records are compromised by hackers each day, globally. Blockchain technology will reduce identity theft since it’s somewhat secure.

With encryption and decentralization, blockchain can contribute to free and fair elections by reducing voter fraud. The network cannot be hijacked by one political party because it exists in multiple locations. Blockchain data cannot be corrupted because it’s encrypted. Anyone can verify all voter entries. Voters can vote without disclosing their political affiliations or identities.

When blockchain finally touches on taxation, it will be an exciting development. Tax collation and verification processes heavily rely on paper and human labor. Blockchain technology has the capability to automate a lot of manual processes involved in tax returns.

There’s no doubt that blockchain can improve regulation and compliance agencies. With it, they will be able to reduce wastage of time, cost, and security breaches.

The media and entertainment circles will also enjoy a fair share of the blockchain revolution. The good guess is that blockchain will bring sanity to the media space in that transparency will be enhanced, and fraud cases reduced. All that while, the entertainment sector will see an improvement in tracking intellectual property rights.

Many internet-based organizations cannot wait to see a world free of cybercriminals. Though no information technology is perfect, blockchain holds promises to reduce the spate of cyber attackers. This will be achieved with distributed ledger technology where hackers cannot harvest vast pools of information by breaching only one point.

Looking for more information about Blockchains? NKN has a wealth of knowledge on the topic, telling you all you need to know!

Around 2008–2009, when the pseudonymous Satoshi Nakamoto birthed the idea of Bitcoin, blockchain became the backbone of cryptocurrencies. Today, technology is poised to impact a lot of sectors moving beyond digital currencies.

The benefits of blockchain technology to many industrial sectors can be summarized as improving security, bringing transparency, and ramping up efficiency. Consequently, organizations must keep their ears on the ground as the blockchain era takes over every facet of our global economy.

Related: Everything You Need to Know about How Cryptocurrency Mainnets Work