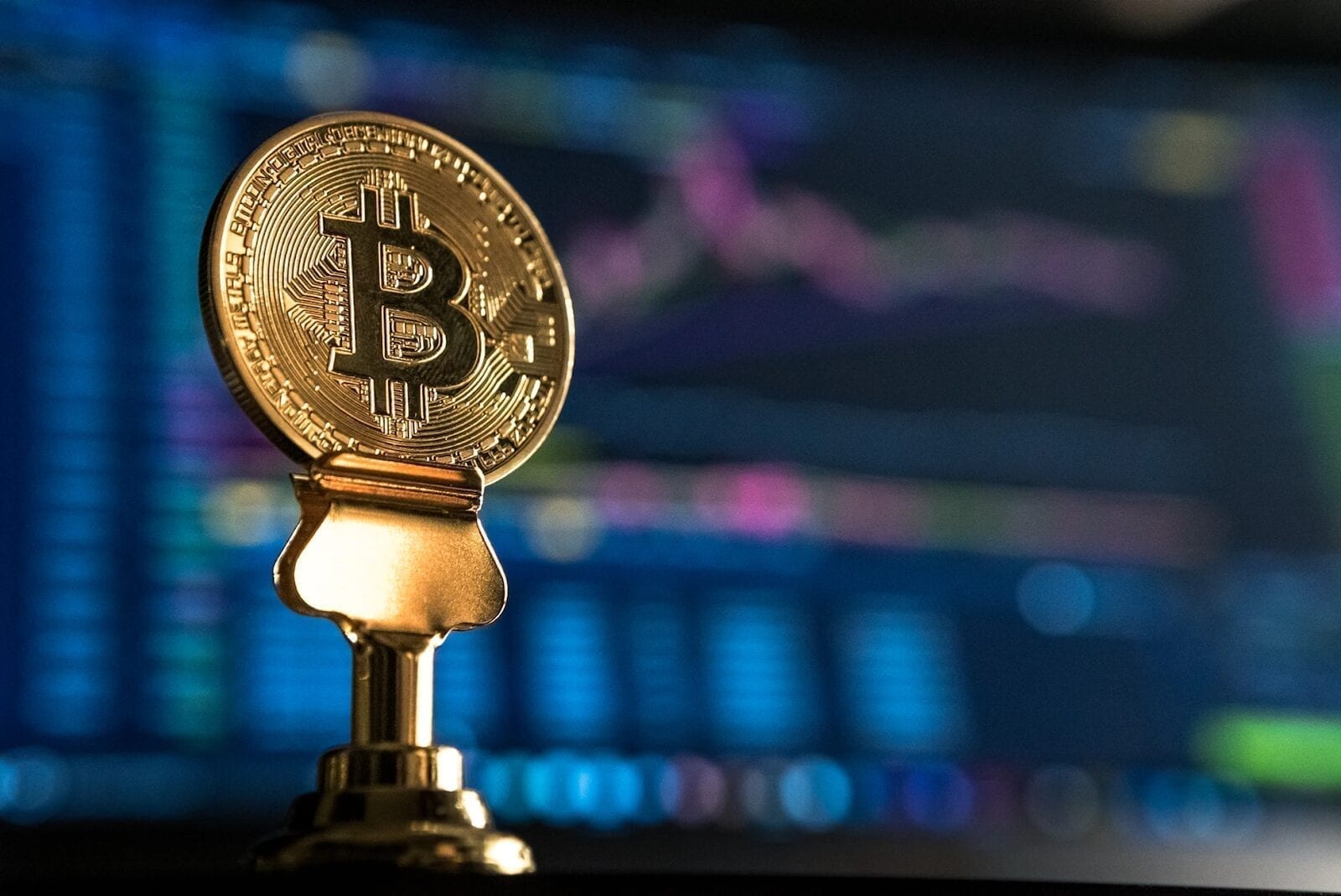 You have probably heard the word ‘cryptocurrency’ even if you are not sure what it means. It might surprise you to find out that this revolutionary form of currency was invented by accident in 2008 by Satoshi Nakamoto. Nowadays Bitcoin cryptocurrency, a popular form of cryptocurrency, has a global value of $156.7 billion.

This is why more and more industries across the globe are beginning to use cryptocurrency. Whether you are a business owner or an individual looking to make some money, you need to know about this latest financial tech.

In that case, you have come to the right place! Read on to find out everything you need to know about cryptocurrency, how it works, and what it could do for you.

Want to learn more about a New Kind of Network? Check out our forum.

What are Cryptocurrency and Fintech?

First things first then. What is crypto?

Cryptocurrency is a form of digital currency. It is a type of fintech or financial technology, which seeks to make financial transactions safer using technology. The idea behind it was that it would be a type of currency that is more secure and can be moved anonymously.

This makes it safer to use than a normal bank account and more resistant to hackers. In a world where a hack takes place every thirty-nine seconds, this can only be a good thing!

Cryptocurrency works using a decentralized system rather than a central server. Put simply, it is a Peer-to-Peer system.

Within this crowdsourced network, each individual has information about and control over their transactions. Transactions require a consensus from network users before they can be sent.

For example, let’s say someone wants to send 50 Bitcoins to their colleague. To do this they will sign the transfer using public-private keys. The transaction then gets sent to the network and becomes part of the mining process to validate the transaction..

The Bitcoins will only be sent if everyone on the network approves the transaction. At this point, it becomes a stone or ‘block’. Once this happens it becomes part of the networks’ ‘blockchain’.

What is Cryptocurrency Mining and Blockchain Technology?

Cryptocurrency mining is a vital part of the system and plays a key role in ensuring it remains secure. It does this by helping to create a blockchain for each cryptocurrency network.

Cryptomining involves the verification of each transaction within a system by a crypto-miner.

Technically, anyone can become a miner and participate in the Proof-of-Work calculations needed to develop consensus among all parties in the network..  Having a large pool of miners participating in consensus prevents any one person from creating a monopoly and undermining the decentralized system.

When a miner verifies a transaction, they will have an opportunity to propose the next block in the blockchain.  Only one miner will be chosen to write the information to the block and receive a mining reward.  By doing so, blockchain technology records all the cryptocurrency transactions that take place on a system. This is essentially like a spreadsheet or diary.

Whenever a new transaction in the network takes place this generates a new ‘hash’, which links it to the previous transaction. This connects the ‘blocks’ in the blockchain.

Blockchain technology means that there is a solid record of where cryptocurrency has come from. This is why it is an extremely safe form of digital finance. It is also spread across a number of computers, meaning that it cannot be tampered with.

Why Do People Use Cryptocurrency?

There are several uses for cryptocurrency at the moment, as this ambitious technology is becoming even more popular.

It is ideal for low-cost money transfers across the world. The processing time for these transactions can vary; however, someone recently sent $99 million Litecoin in just two and a half minutes. On top of this, the transaction came with transaction fees of just $0.40!

The transactions may be for private use or as a way to invest in new businesses. For investors, it’s a great way to track how a business is using your investment. This is mainly thanks to Blockchain.

But more and more people are using this sharing network for digital financial interactions. For example, if you have spare space on your hard drive, you could rent this out for cryptocurrency.

They also say that money is the universal language, but in this case, cryptocurrency overtakes traditional cash! Thanks to the decentralized system at the heart of it, no one bank, country, or person is in charge of the cryptocurrency network. This means that you can use it all around the world rather than having to transfer between different currencies.

And the possibilities for the future of cryptocurrency are getting bigger and better every day! It could even get you to the moon and that is not an exaggeration. Back in 2013, Virgin Galatic announced they would accept bitcoin payments for tickets to travel in space! Back on earth, more companies than ever are starting to accept cryptocurrency payments.

There are several benefits to using cryptocurrency, although it still has plenty of critics.

As we’ve already mentioned, transactions generally happen very quickly wherever you are in the world. This means that you don’t have to wait for a bank to open or to process your transfer. Most miners will take two minutes maximum to confirm a transaction from wherever they are in the world.

That said, because the process relies on individual confirmation of a transaction, this has the potential to slow things down. Thankfully, the likelihood of the system working slowly has decreased with time. This is because there are more and more people online to approve transactions.

These transactions are also more secure than any you could send from a bank. This is because the technology uses cryptography and pseudonyms to guard the identity of users across the world. This protects users from hackers.

On top of this, once a transaction has been verified, it cannot be reversed. This protects users from fraudulent activity.

Unfortunately, some people have identified flaws in the cryptocurrency system. It is important to keep these in mind before you start using it.

One of the biggest concerns is whether or not cryptocurrency can hold its value. This is because, as a new currency, it is hard to determine its worth in comparison to that of cash or material property. That said, in recent years the value of cryptocurrency has sky-rocketed.

Some also have concerns about how scalable the system is. At the moment, far fewer people use it than use banks. More users might require more organization.

The system will need a more complex blockchain than it has at the moment. It will also need more miners and a more efficient verification system. Without this, it is likely that transaction processing times will slow.

One of the other disadvantages of cryptocurrency is also one of its strengths. Unlike banks or other financial institutions, no single person is in charge of the cryptocurrency system. This enhances its security. But in the slight chance of a breach, this also means that no one is able to regulate it.

Instead, the system relies on all the users working together to maintain standards of use. Without involvement from major bodies, such as the federal government, it is difficult to put proper regulations in place.

Which Industries Use Cryptocurrency?

This network has the opportunity to revolutionize transactions and operations for a huge number of industries. This is because it can have a huge impact on the way we send and receive money so it is useful for most trades.

Obviously, it is useful in the financial sector. Banks including UBS and Barclays are both experimenting with blockchain technology. Cryptocurrency brand Ripple has also partnered with Western Union and Santander.

Another area where cryptocurrency comes in handy is for businesses that use apps. This allows secure payment options for anything from messaging apps through to ride-sharing apps. It is also extremely useful for buying and selling advertising space both on the internet and in apps.

But digital industries aren’t the only place where cryptocurrency is useful. Other industries that are adopting it include real estate, healthcare, and sports management. It has even found its way into mass retail markets.

Join the conversation on cryptocurrency and other sharing networks on the New Kind of Network forum.

Can You Buy Cryptocurrency?

The short answer is yes you can.

If you are looking to buy cryptocurrency, then your first port of call should be a crypto market. Like the rest of the system, these are decentralized and run across a series of computers. These host exchanges, which is where you can buy and sell cryptocurrencies.

Once you have bought cryptocurrencies they will be stored in your digital wallet until you want to use them. The sale of them will also be recorded and verified by mining. Then it will become part of the blockchain.

You can pay for your cryptocurrency in a number of ways, including using credit cards or making bank transfers. Some exchanges even accept cash payments.

In order to join an exchange, you’ll first need to sign up to a currency exchange. Once you have done this, you will be able to start buying cryptocurrency.

How Do Cryptocurrencies Affect One Another?

There are several different types of cryptocurrencies that you can buy on exchanges, which we will take a look at in a moment. Let’s take a look at how this works.

The value of each type of cryptocurrency is affected by external events, in the same way as regular currencies are. For example, when Brexit was first announced in the UK, the pound lost value because the future economy of the country became uncertain. Similarly, these types of events can have implications for  cryptocurrency markets as well.

But this would have a knock-on effect throughout the crypto world. This is because we have seen a correlation between the value of one type of cryptocurrency against another. For example, when the value of Bitcoin increases so does the value of Litecoin or Ripple.

It’s important to keep in mind though, that the same is true in the opposite direction. This is what can make the market feel volatile. If someone starts selling Litecoin and the value drops, this can also affect Bitcoin and Ripple, for example.

The amount this affects each type of cryptocurrency varies somewhat depending on the size of the market. Ethereum, for example, has a bigger effect on Bitcoin than Ripple does.

Because of this, if you use cryptocurrencies, it is always a good idea to keep an eye on the value of other types of cryptocurrencies. This could help you to predict important changes in the market.

There are several types of cryptocurrencies that you can buy. Some of the most popular ones at the moment include:

The fungibility of these types of cryptocurrency depends on the value of the others. This can change over time.

The State of Cryptocurrency Today

Cryptocurrency has come a long way in a very short space of time.

One of the key things a lot of people are looking for from cryptocurrencies is stricter global regulations. For example, last month Europe introduced a law to identify users, which other countries around the world are considering. The idea is that this will prevent money laundering using cryptocurrency.

Get Started with Crypto Today!

For more information on the history of cryptocurrency, check out our roadmap. Or head over to our open forum to find answers to all of your burning questions. If you’re ready to tap in to this hidden gem, get started with NKN to find out about a new kind of network.

Find out more about NKN for developers here.