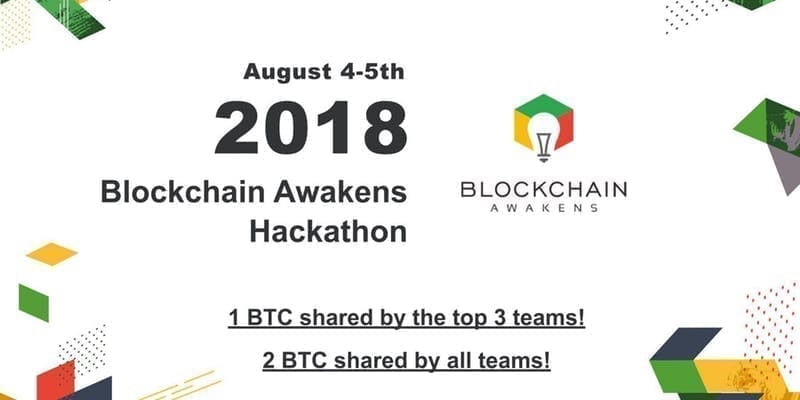 Hackers from 20+ countries, with experience in companies like Google, Facebook, Linkedin, Uber, and PayPal was competing for fame and prizes. Hackers formed teams and worked together on a project. There were also many teams that were led by female entrepreneurs and developers participating in the hackathon.

NKN was one of the platform sponsors, along with QuarkChain and HyperLedger. All the hacker projects need to use one or multiple of the SDKs provided by these three platforms.NKN’s co-founder and CTO- Dr. Yilun Zhang was on the hackathon’s panel judges, along with Dr. Whitfield Diffie- World-renowned cryptographer and NKN Technical Advisor, Jannie Affeld- Google Engineering Director, Ella Zhang- Head of Binance Labs, Brian Behlendorf- Executive director of the Hyperledger, Qi Zhou– Founder of QuarkChain, Shoucheng Zhang- Stanford University Professor and Chairman of DHVC, etc.

The hackathon was a two-day event. One theme of this hackathon is Blockchain 3.0, aka the next generation of permissionless blockchains. Multiple new blockchain platforms will showcase their newly released infrastructure, on top of which hackers can build apps not supported by current infrastructure. On the first day, Dr. Zhang mostly interacted with the participating teams, and gave them a basic understanding of how NKN testnet works, how to set up the developing environment for NKN testnet, and how to write their first applications on the testnet. Hackers then had roughly 24 hours to code and produce a product.

After the coding session ended, the judges had the opportunity to listen to all teams’ pitches and voted for top projects. The top projects then presented their products to everyone and the top 3 teams are Armanda, Wallet Alarm, and InstaID. The hackathon concluded with the winning teams getting recognized and receiving awards from the organizers and sponsors.

The key success factors for NKN SDK’s popularity are both its simplicity (4 lines of code, no prior blockchain experience needed) and its universal usefulness (any application that need client to client communication). NKN intends to continuously support application developer community to build high quality dApps for everyone.

Below are some of the pictures of the hackathon: